Why Some People Should Consider Reinforcing Their Front Door

It's interesting how front doors can need different levels of protection, depending on whether the home they're protecting is in an urban or a rural setting. But what's the difference? And why will rural front doors benefit from some extra reinforcement?

Most burglars will attempt to be as discreet as possible. Whether the front (or rear) door lock is picked, or if a window is forced, they don't want to attract attention. Of course, a locked front door can also be opened with brute force. This is unlikely in urban environments, given the noise created by this method. Although the suburbs might seem quiet (especially during working hours), there will always be someone nearby who will become suspicious by this sudden racket. It's the same in apartment buildings, and a neighbour will undoubtedly investigate the cacophony of noise right outside their own front door.

It's different in rural environments, and even though knocking down a door might not be the burglar's first option, they might feel that they can escape unnoticed when there are no visible neighbours to raise the alarm. This is why those who live in the countryside should consider reinforcing their front door. What does this involve?

The Door and Its Frame

The door itself should be as robust as possible. Upgrade to a door with a steel core. This looks identical to a door that's entirely wood, but this wood hugs a reinforced core that cannot easily be forced. Part of a door's integrity is dependent on the frame in which it sits, so a steel core door should be installed in conjunction with a new frame.

A new frame can also accommodate a new deadbolt, and the vertical cylinder into which the deadbolt extends should be deepened. This further bolsters the door into its frame, substantially increasing the force required to break it down. Consider adding a second deadbolt at the base of the door too, with a horizontal cylinder drilled into the floor. This secondary lock can be accessible with its own key, or it can be completely internal, only in operation when you're safely inside your home. Although these locks add extra security, they're not extra difficult to install, and any locksmith can quickly and efficiently do this for you.

The idea of someone breaking down your front door isn't exactly comforting, and anyone living in the countryside should think about reinforcing their door to prevent this from happening.

For more information about upgrading the locks, contact a locksmith. 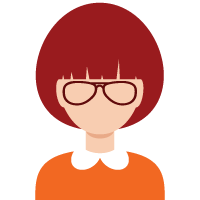 Hi, my name is Rita, and I own rifles for hunting and controlling the predators on my land. However, I firmly believe in keeping guns safe, especially as my children live with me. In this blog, I am going to cover everything about keeping guns safe. There will be posts on which safes protect your guns from criminals as well as how to pick locks that your kids will never be able to open. As you read, I hope you learn vital information on keeping your firearms and your family safe with locks, keys and safes. I am glad you found this blog and hope you enjoy it.